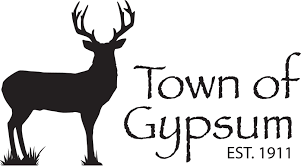 Gypsum, Colorado is over 130 years old with the first settlers arriving in 1881. The town became incorporated in 1911. Gypsum in the 1880’s was just a few buildings: Blacksmith, General Store, Saloon, Restaurant, Hardware Store, Stables and a Post Office,

The first house built in Gypsum was by William Schliff. Many of the first settlers like Schliff were German migrants who had to make their own path through the area because there were not wagon trails. The railroad came in between 1884 and 1887.

One of the biggest names to visit Gypsum early on was Theodore Roosevelt who had a two week hunt in 1905. The governor at the time tried to give Roosevelt a special hunting licence but he refused because it would have broke Colorado law.

Avon PetCentre a month ago

The only people I will call. Rudy always has my back with Drains. Always quick, professional and affordable every time.

Jim and Ron are very responsive and employ some very talented and polite folks. I have had multiple plumbing emergencies as a builder and they always respond as quickly as can be expected.

Need Help with Plumbing or Heating?